How I keep my immune system in great shape.

How I keep my immune system in great shape. 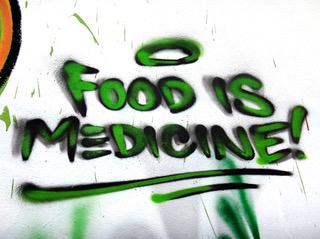 Just because I am a naturopath, does not mean I have the perfect diet, or the perfect level of stress, or a proper daily meditation and yoga regime. I get as close as I can and this is how I do it; the big thing for me is what I put in my mouth, as long as my diet is wheat free, a1 dairy free, rice, corn, cashew, brazil and almond free 90 percent of the time, everything works out perfectly. You may be wondering what this has to do with my immunity, read on and all will be revealed.

As a child I had terrible tonsillitis, two, three maybe even four times a year, back then (circa 1970) my mother would take me to the doctor and beg for him to take out my tonsils, he refused every single time, instead giving me antibiotics. I suffered with tonsillitis for many many years, as I grew older I still got tonsillitis a lot, but colds and flus became my weak point, if I was going to get sick it would be a cold or flu. I would get three to four a year, once I became a naturopath in my mid thirties, I learned how to manage my colds and flus with herbs such as Echinacea, which is one of my favourite herbs, but if I stopped taking the Echinacea they would come back.

Then ten years ago, I was super stressed, and came down with terrible fatigue, I had some tests run, iron and B12 were fine and there seemed no reason for the fatigue. I took it upon myself to test for food intolerances, even though I  had no digestive symptoms at all, and wow what a shock, I had intolerances to wheat, a1 dairy, rice, corn, cashew, almonds and brazil nuts, mmmm O.K well let’s see what happens if I remove the foods, I was still not convinced as I had no digestive symptoms, but the fatigue was debilitating.

I removed the foods, for the first four days I felt like crap, but on day five I felt amazing, but I had removed a significant amount of foods from my diet, when you remove wheat and dairy, most foods are then heavily reliant on rice, corn and almond, and I could not have those either. I used to cook for a living, so I just got creative in the kitchen, sure it meant I had to cook most of my meals, but I cook a lot anyway, it just meant I had to use different ingredients, and to be honest, the extra effort was worth it. I felt great, energised, no more colds and flus, no more tonsillitis, I was so happy.

Fast forward ten years, I can now eat most foods, can go out and eat whatever I like and feel fine. I still avoid those foods if I am cooking at home, which is really easy, it’s become a way of life for me. I can still pop down to our local Italian restaurant on a Friday night for pasta or pizza, and feel fine. As long as I stick to a good diet when I cook at home, I can eat whatever I like when I am out and be fine.

This is what fixed my immune system problems, addressing my gut health, it is now rare for me to come down with a cold or flu, in fact, I cannot recall the last time I had one.

Good gut health equals good immunity, it also means no tummy troubles, no digestive distress, and great energy. The key is; you need to find the cause, you need to test, you then need to action the results, its so worth it.